Fruit Duel is a fruity slot packed with juicy duels where the entire reel transforms to a wild multiplier. With a 3×3 grid, a lower volatility and a max win of 3,333x you never know what spin is going to suddenly hit a big win! 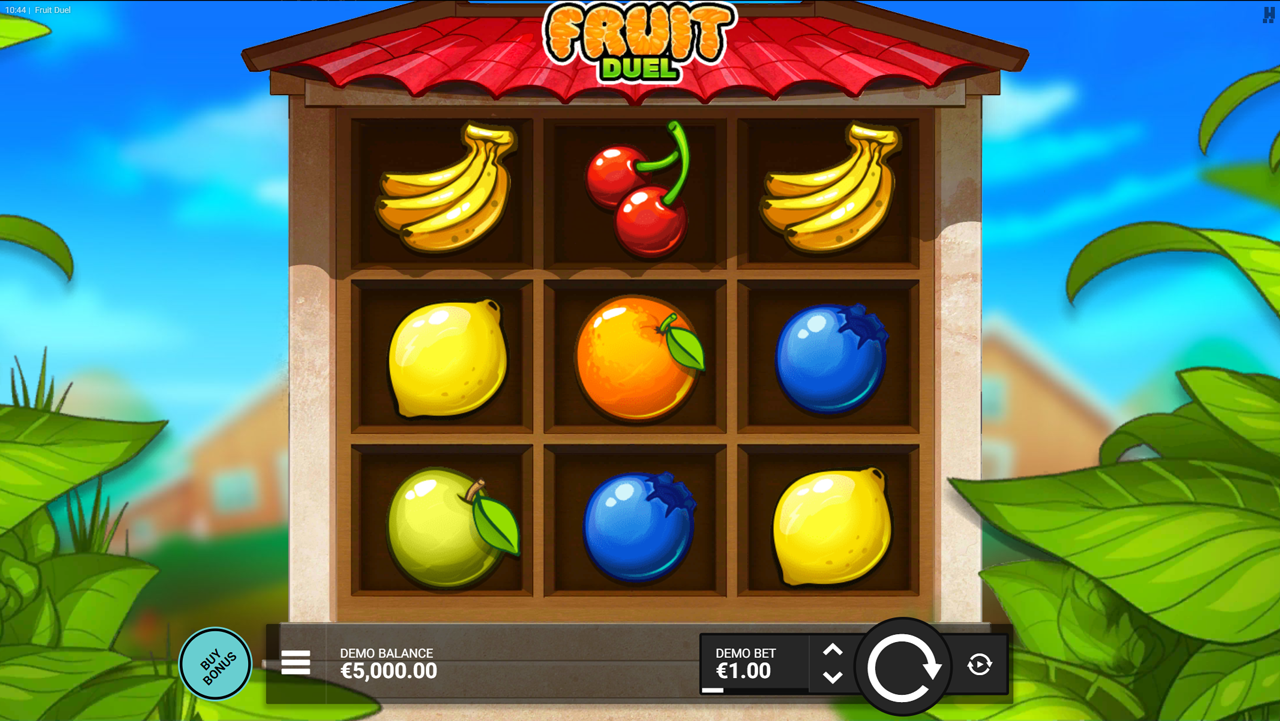 Fruit Duel is a 3 reel, 3 row slot with 17 pay ways and has 2 bonus features made by 1 simple mechanic, the Duel Reels.

The Duel feature is triggered when a VS symbol lands on any reel, this triggers 2 fruits with different multiplier values to duel, the fruit that wins the duel will apply its multiplier to the full reel as well as turning the reel wild. If you have more than 1 wild reel the multipliers are added together before being applied to the win.

During my testing I had a 20x single reel that returned 132x stake which was quite a shock as you think less reels means less potential which is clearly not the case! 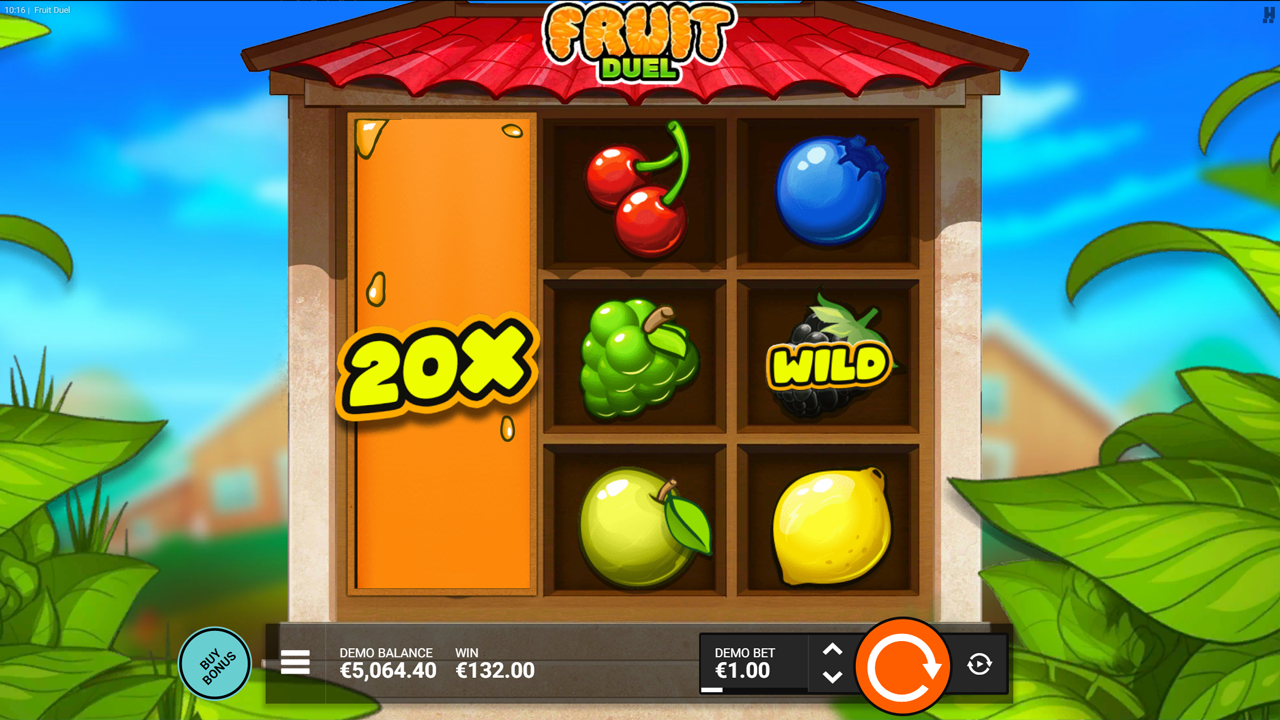 The main feature is the Free Spin feature which is triggered by landing 3 scatters, during the feature you have a much higher chance of landing Duel Reels and also a high chance of the larger multipliers landing.

During my testing the 2nd feature I landed returned a whopping 463.70x stake as shown below which again was quite a shock as you tend to associate large wins with lots of reels or Megaways, again this was not the case with Fruit Duel! 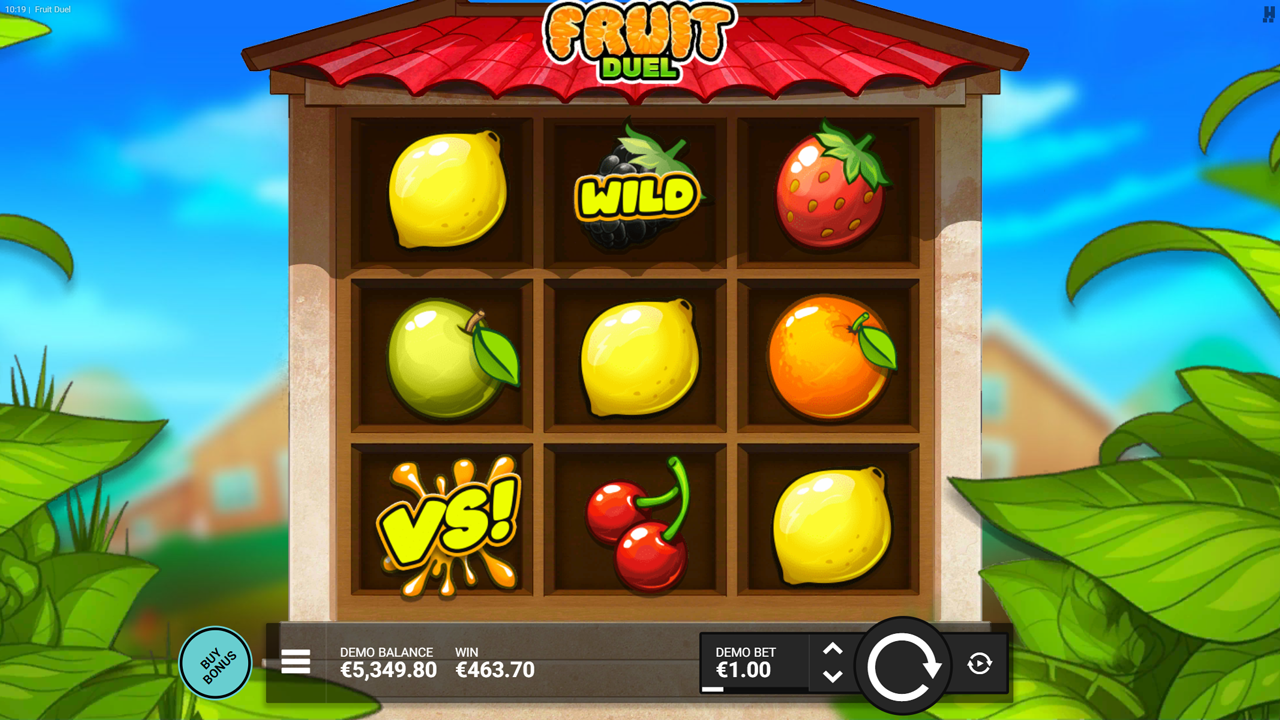 The paytable in Fruit Duel is dynamic and changes with your stake, the example below is set to £/€1 per spin to keep it straight forward.

The lowest symbols are the Blueberries and Lemons both paying 0.10x stake for a single way, the Green Grapes and Oranges both pay 0.20x, The Apples pay a straight 1x, the Bananas pay 1.50x, the Cherries pay 2x and the Top symbols consisting of the Strawberries and the Wild Raspberries both pay 5x for a full way. 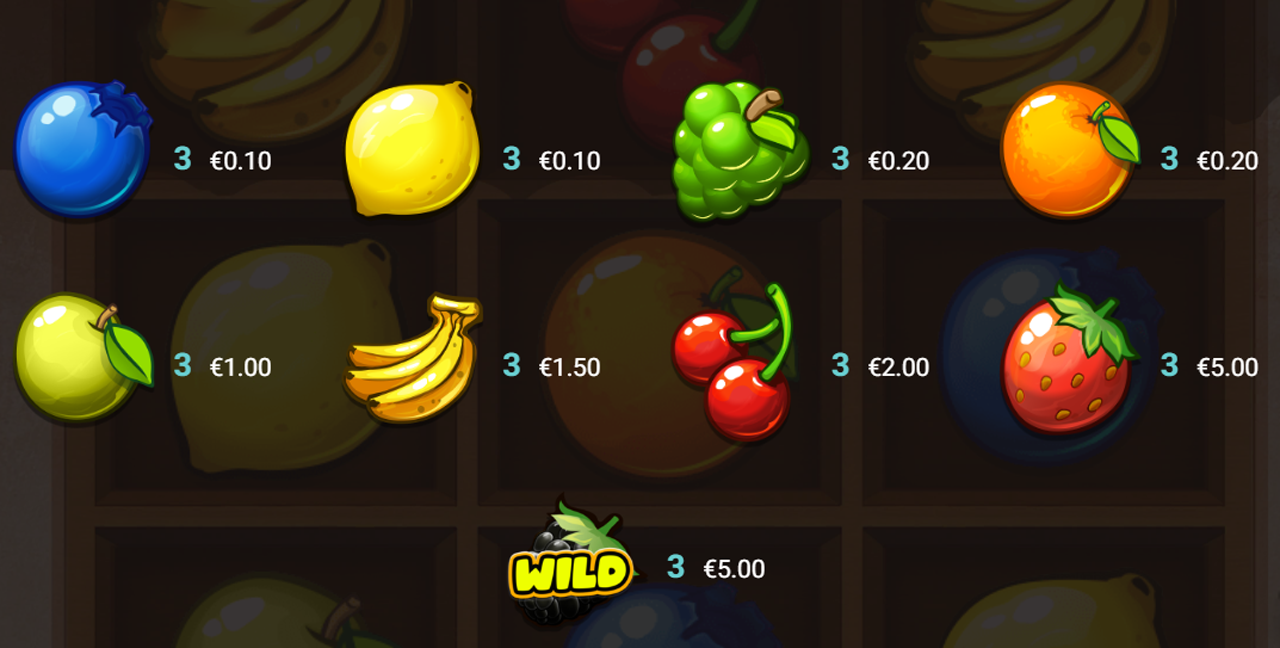 The graphics are as straightforward as they come, the background sound FX are taken from an outside setting like the countryside and the soundtrack is a peaceful melody, overall it’s not going to set the world on fire but it suits the simple setup of Fruit Duel perfectly.

Before I played the game I had kind of made my mind up that it wouldn’t be a game I would personally play but after the 2 large wins in quick succession I now think that would be a foolish decision, so on that note, yes I will play this again!

As always thanks for reading and if you fancy a dabble there’s a link below to a TGC trusted casino.