Ahoy Pirates, get onboard! Among the treacherous beaches and Shifting Seas awaits treasures only worthy of a true Pirate. Get ready to embark into this action packed sea adventure with a maximum potential of up to 117,649 ways with shifting reels, avalanche feature, special wild features, wilds and a bonus game with free spins. 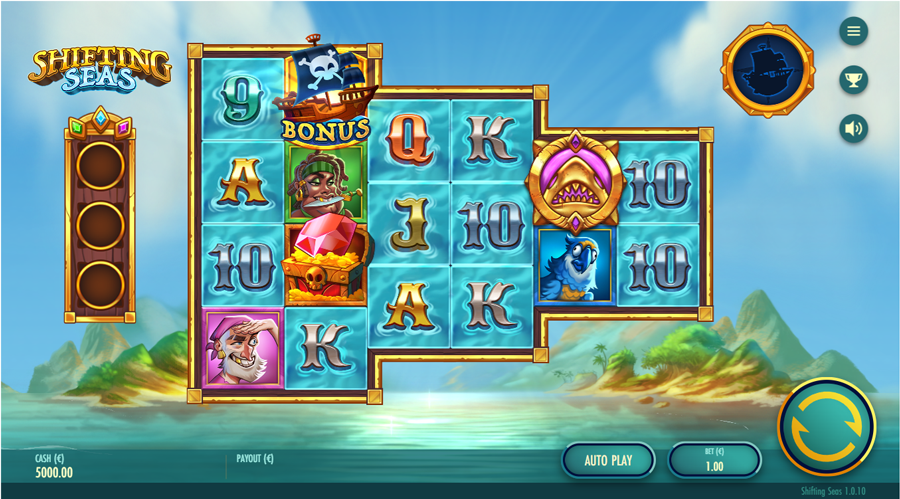 Shifting Seas has a 6 reel setup with up to 117,649 ways to win with the max reel setup and uses the avalanche feature to replace winning combinations with more from above the reels, exactly like Extra Chilli but with more hidden features up her sleeve! 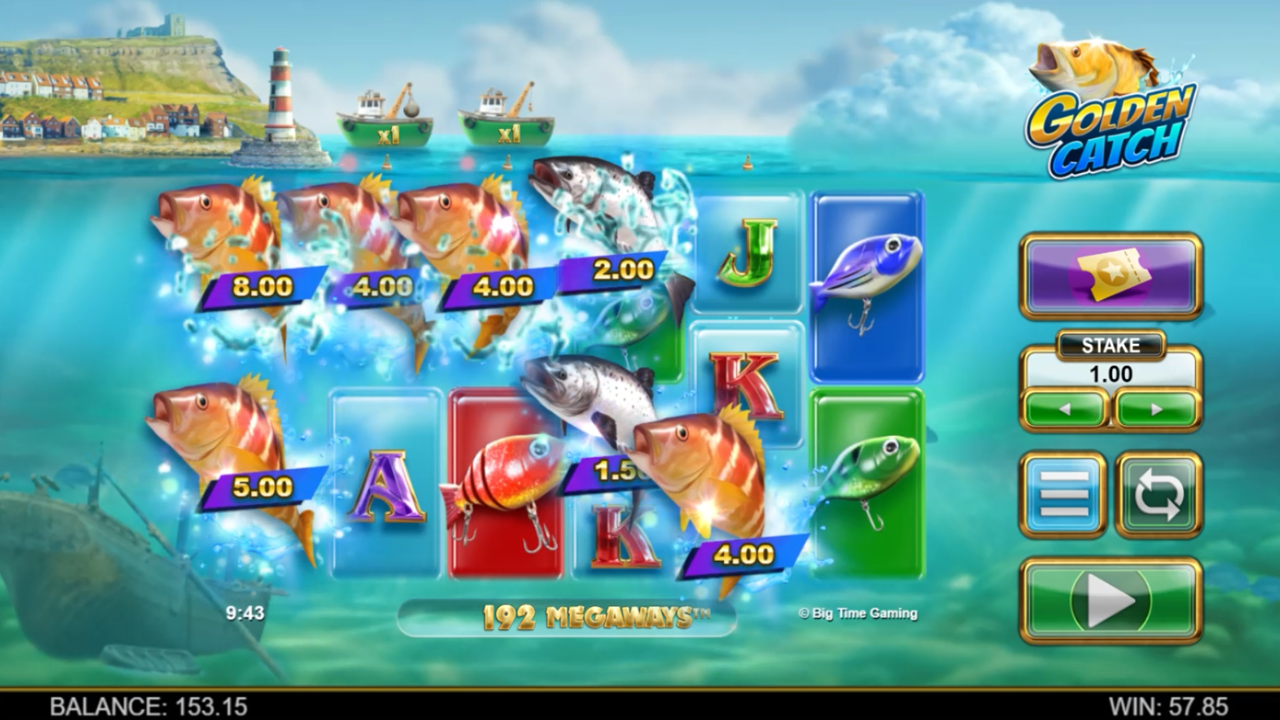 Every win and every Boost Shift causes the rightmost reel to disappear and a new reel appears on the left hand side, this happens after every win. 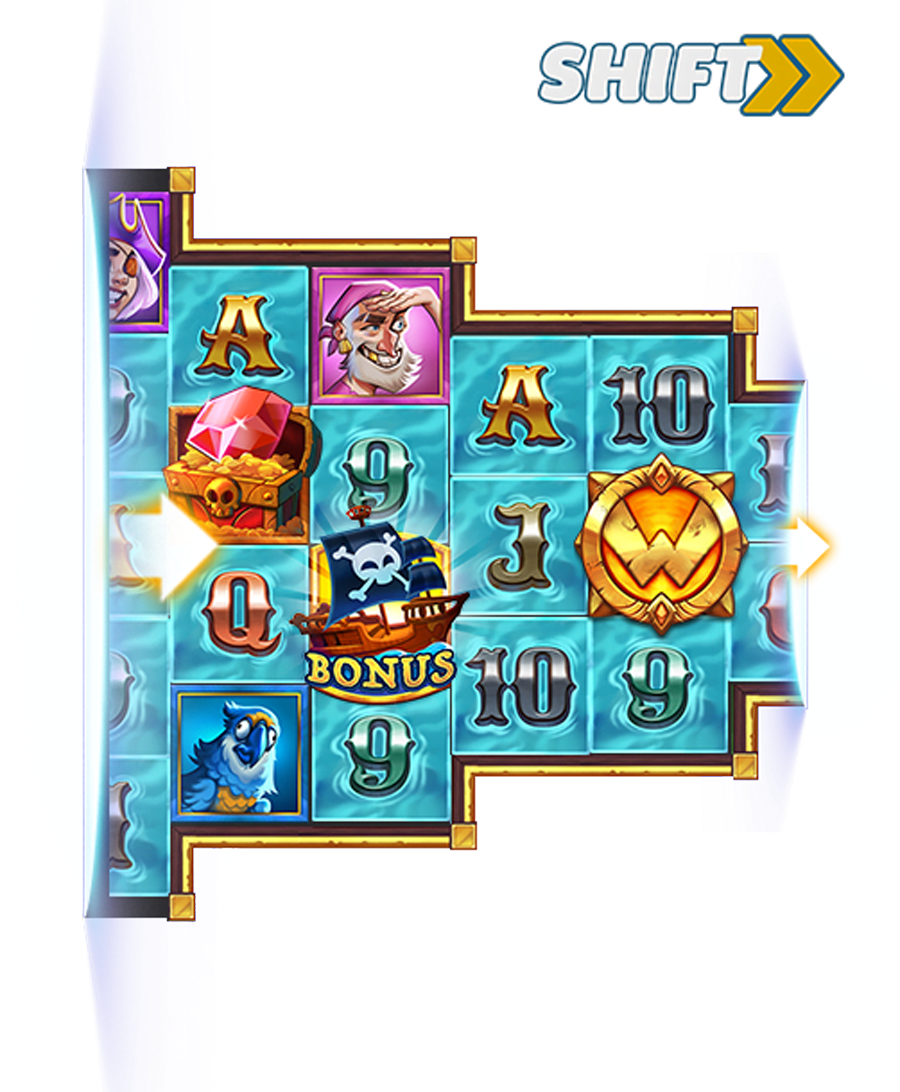 Symbols included in any wins are replaced with new and/or existing symbols dropping from above. This Avalanche continues as long as there is a new win. 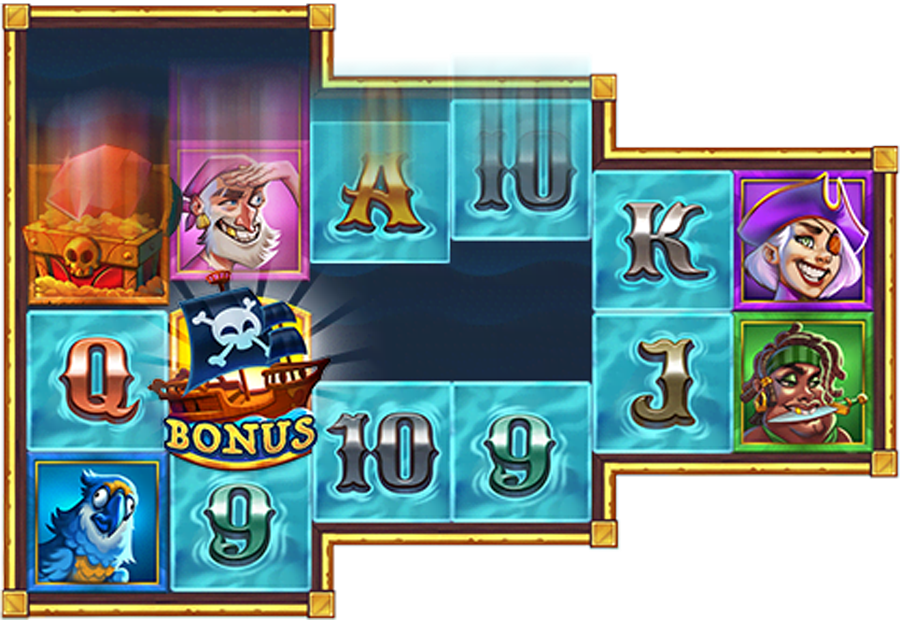 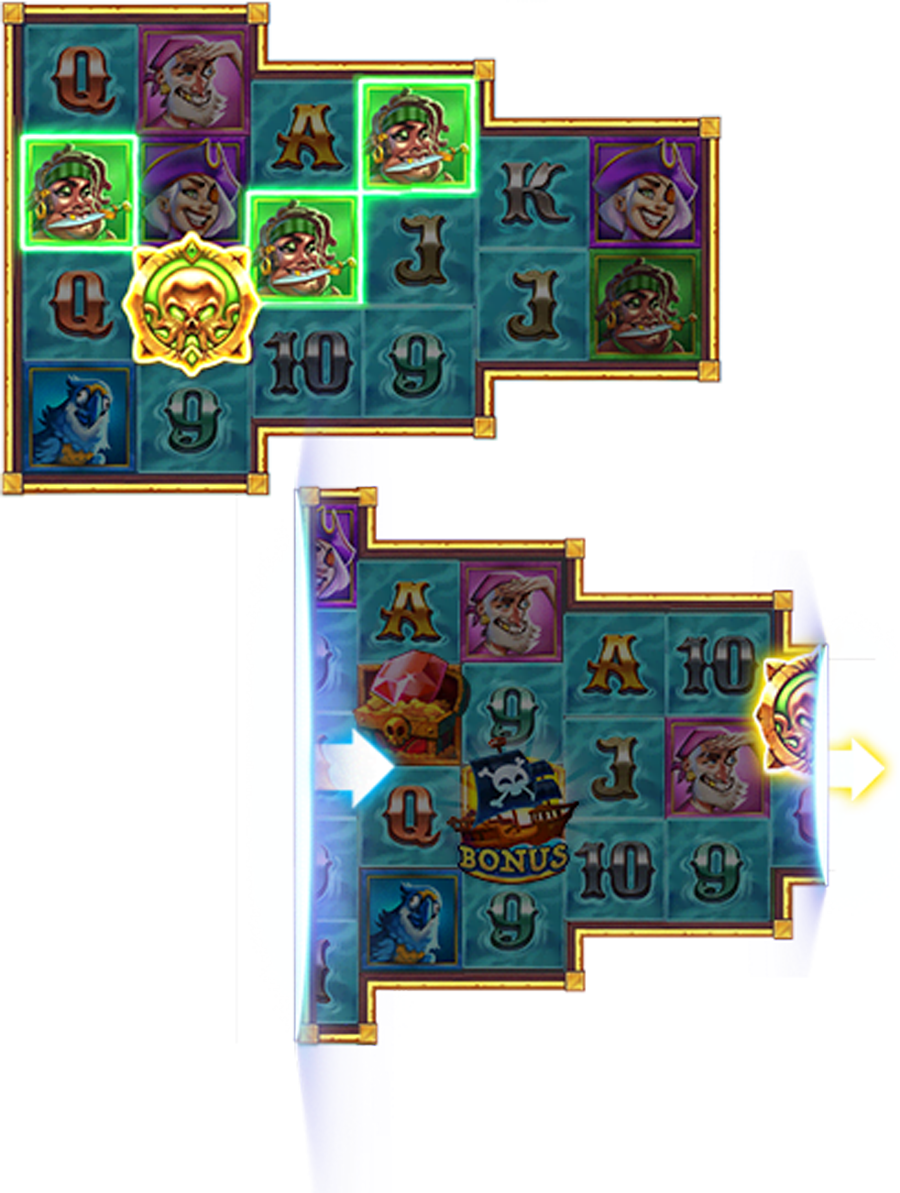 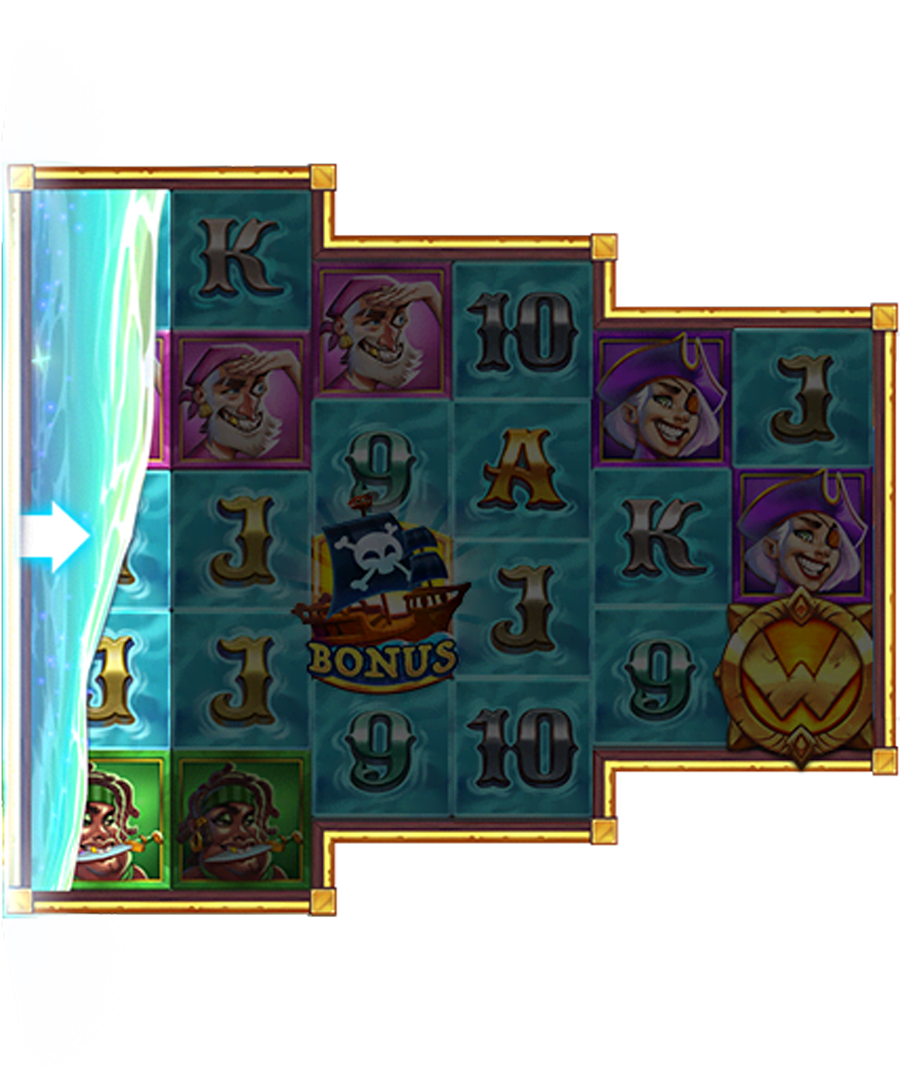 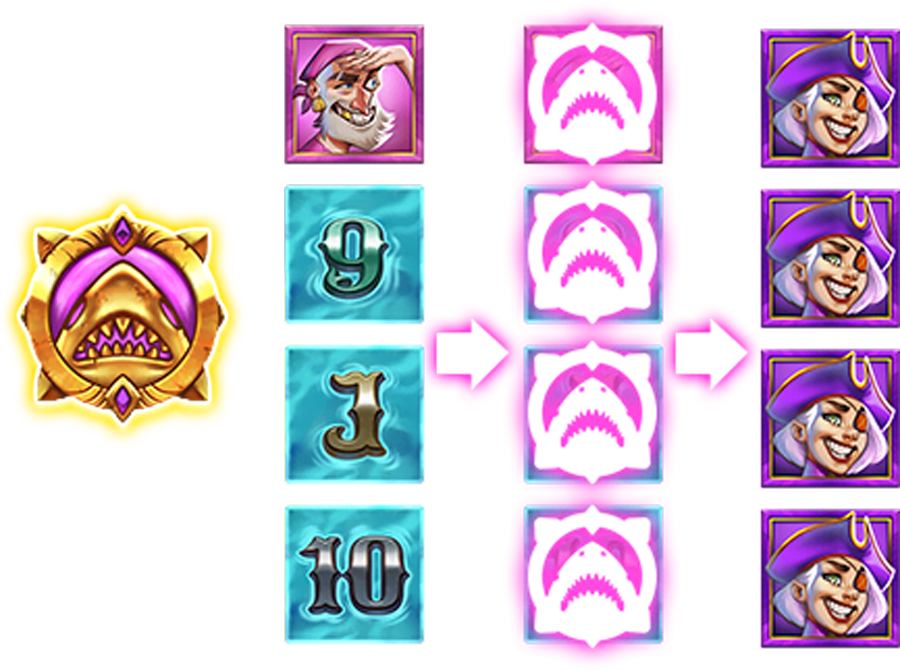 The Wild Surge feature randomly transforms 1-3 symbols on any reel into Wild symbols. 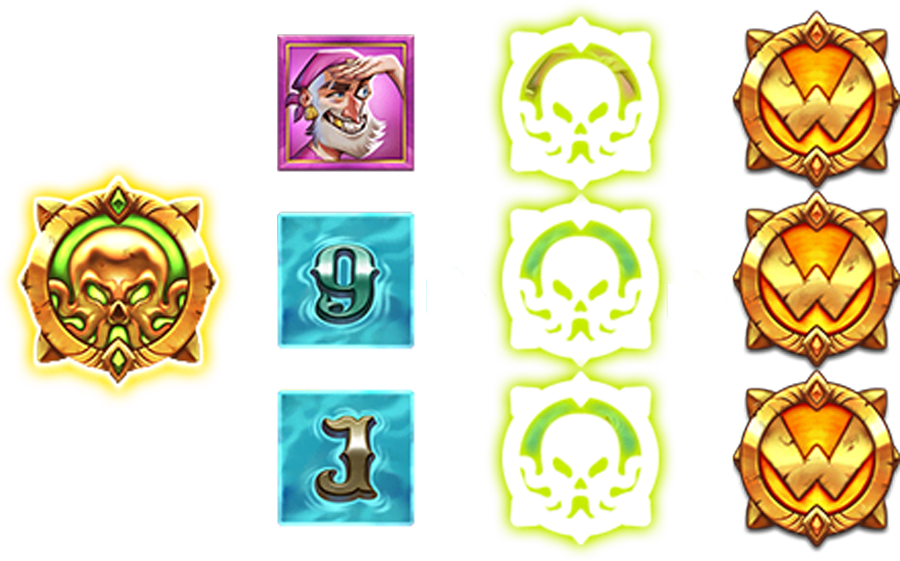 The Wild Symbol substitutes for any other symbol except the scatter symbol. 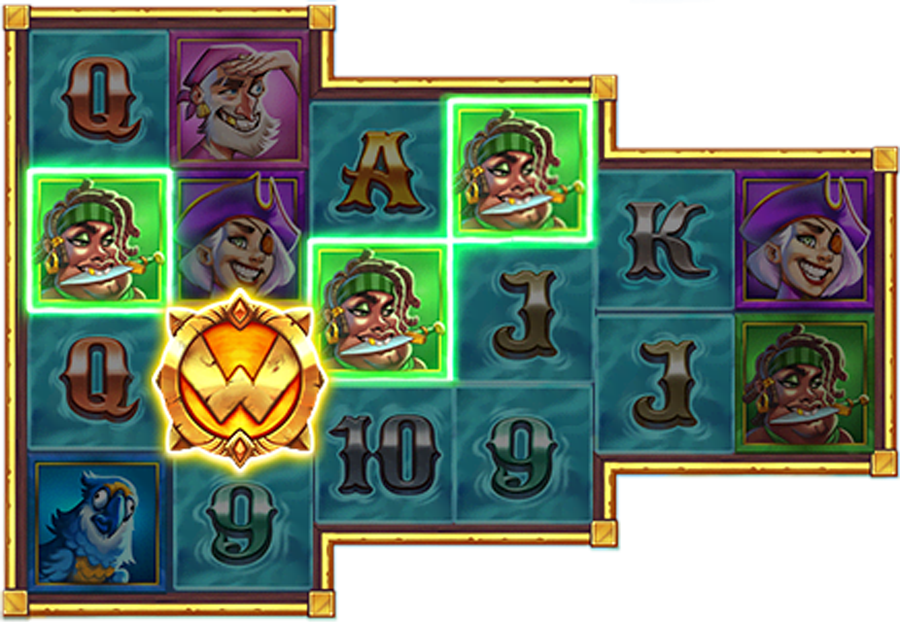 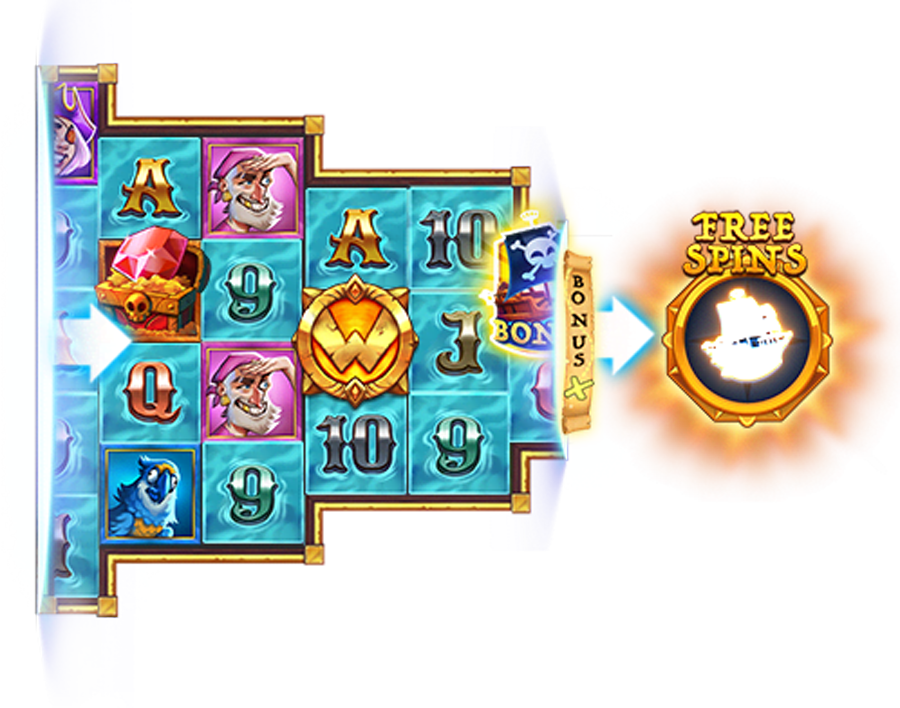 If a Shift Win pushes out the Wild Reel feature it reappears on the leftmost reel. This will upgrade the multiplier of the Wild Reel by x1 and award 1 extra free spin.

Moving on to the premium symbols we have the Blue Parrot paying a straight 1x, the Pink Pirate pays 1.2x, the Green Pirate pays 1.4x, the Purple Pirate pays 1.8x and the top symbol being the Treasure Chest pays substantially more at 5x stake for a full way.

We also have the 3 different mini feature symbols along with the Wild that also all pay 5x for a full way of 6. 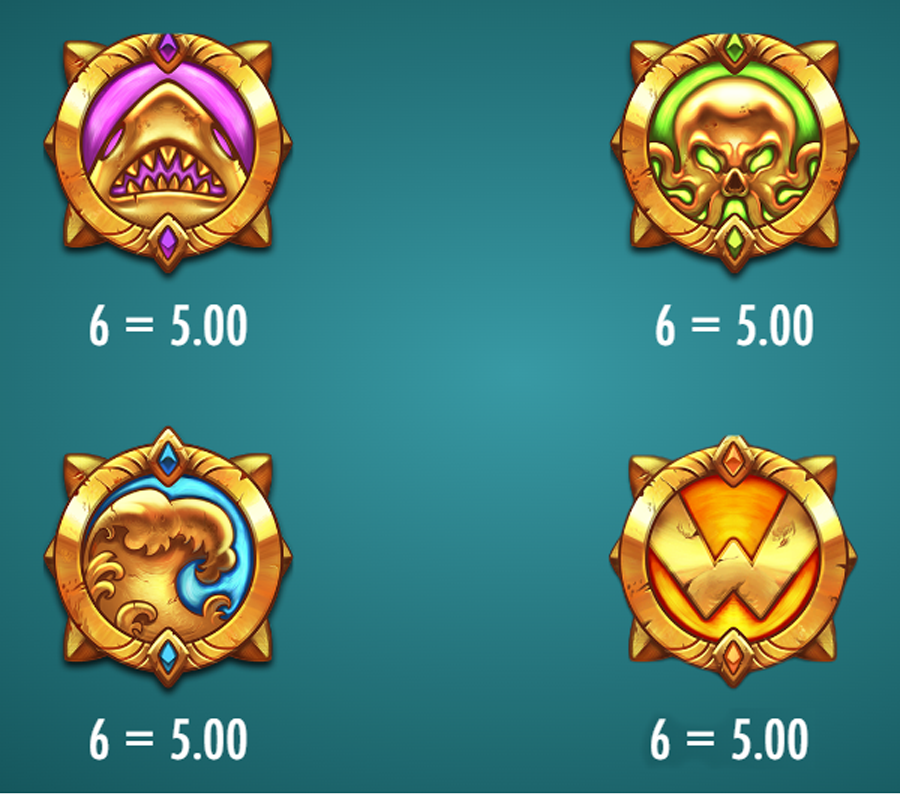 To sum the game up, I like it and whilst the bonus didn’t want to come in for me the base game gave several wins of around 100x stake which after testing left me roughly where I started, however I can definitely the see the potential as there were a few near miss monster wins!

The graphics and sounds were easily identifiable as Thunderkicks and the game played smoothly with no lag. The music playing in the background had the feel of the Monkey Island franchise from 1990 and as a fan of that game as a young lad I was quite happy to leave it unmuted!

Shifting Seas is due to be released on the 10th August 2022 so this is an early look at what you have to look forward too, if you fancy a go there’s a link below to a TGC trusted casino that will have the game on the release date.

As always thanks for reading and good luck ya landlubbers and Ahoy to all fellow Pirates!