Get ready to explore the storied waters of the Big Fin Bay. Legend has it that a golden marlin lures beneath the quiet surface, silently roaming the mysterious depths, it swiftly splits the water, revealing its shimmering fins before vanishing as quickly as it emerges. The search for the marlin is no small task, but in this game you’ll have Expanding Wilds and a Mystery Wild feature to point you in the right direction. Are you lucky enough to catch it? 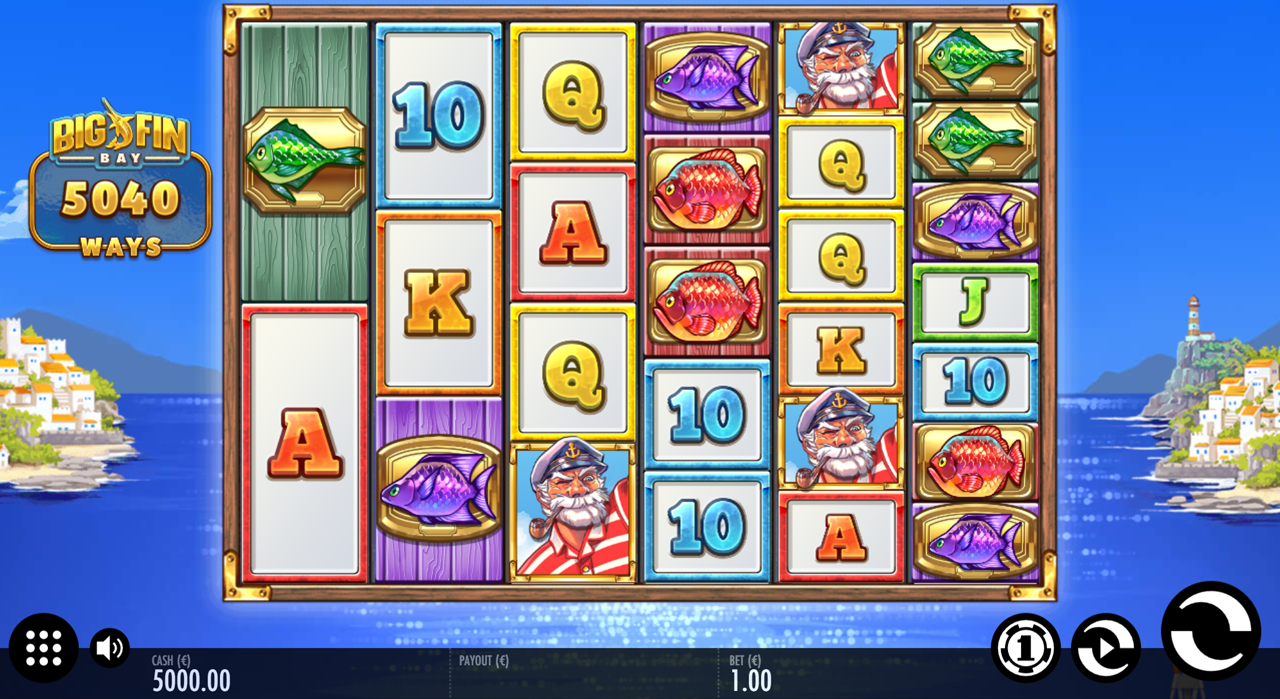 A wild symbol included in a win will expand to cover it’s entire reel, this can be between 2 and 7 symbols. 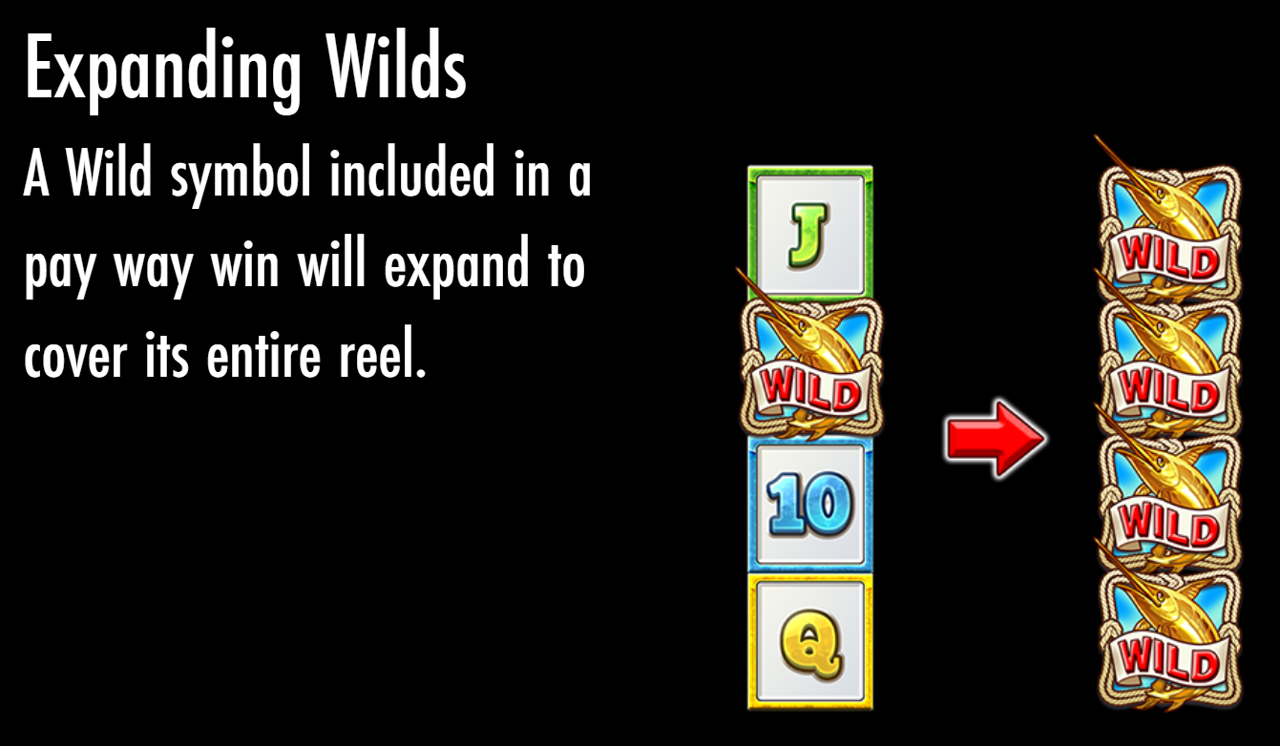 During the base game the ships bell can ring and randomly activate the Mystery Wild feature where up to 3 reels can become wild. During this in-game feature no scatters are on the reels. 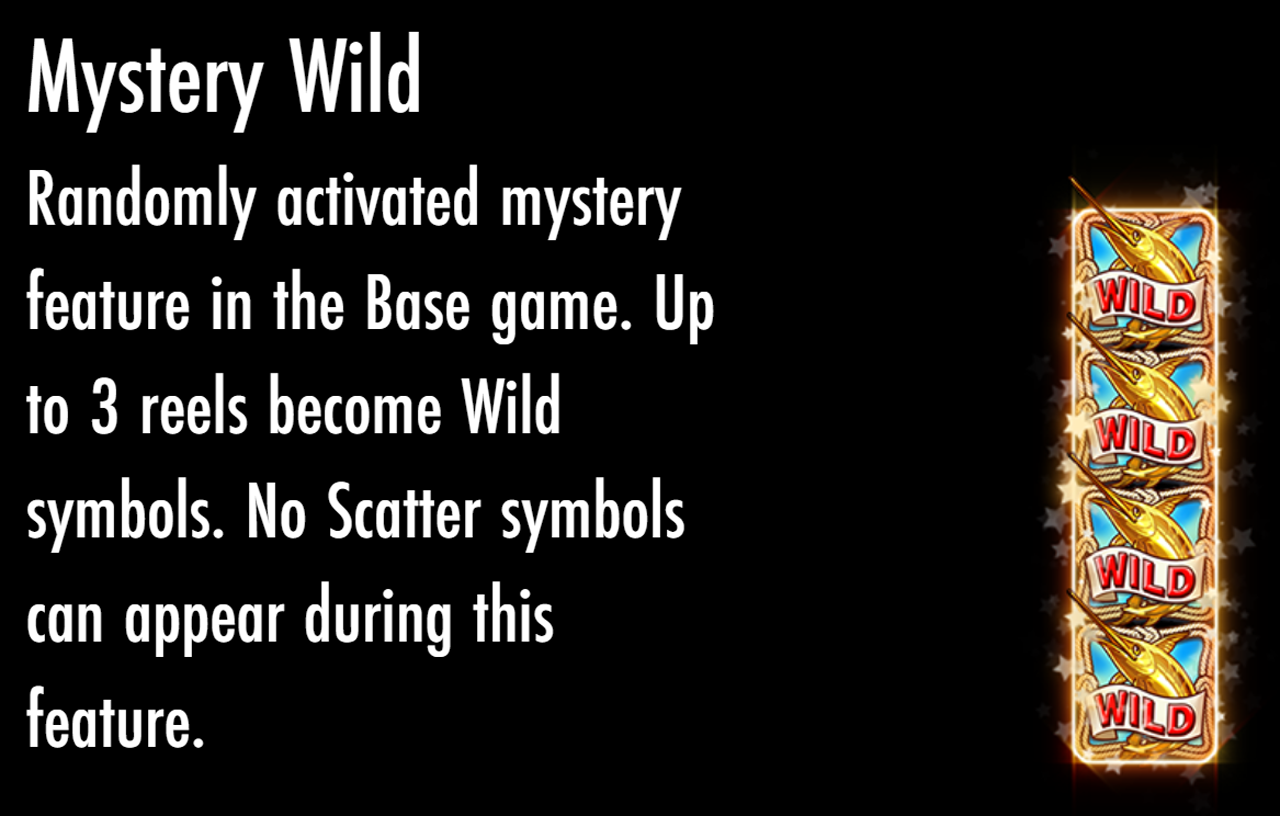 During the base game you need to land at least 3 scatters to trigger the Free Spin bonus. When the bonus game is triggered each reel containing a scatter symbol awards a random number of Free Spins  from a minimum of 2 and up to a maximum of 6. 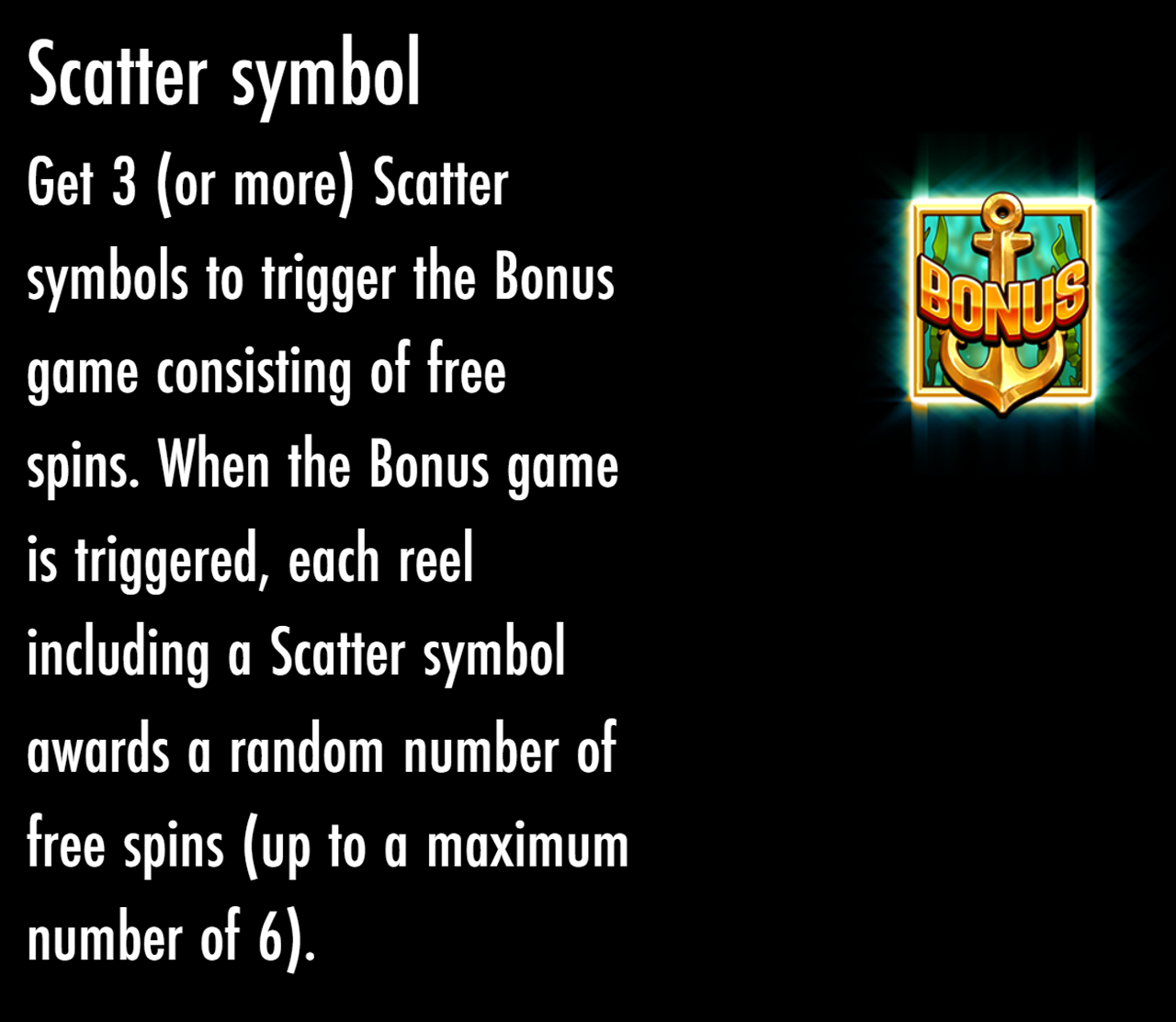 During the feature, each spin where 1 or more Wilds land will trigger a re-spin after the wilds have expanded to cover the reel/s, during the re-spin the wilds will also increase the symbols on that reel by 1 before the re-spin. That reel will remain that size for the duration of the Free Spins until another wild lands on the reel, the process will then repeat up to a maximum of 7 symbols/wilds per reel.

When any reel reaches the maximum of 7 symbols you are also awarded 3 extra Free Spins.

Moving on to the premium symbols we have the Blue Fish paying a straight 2x, the Green Fish pays 2.2x, the Purple Fish pays 3x, the Red Fish pays 3.2x and the top symbol being Captain Birdseye pays substantially more at 7x stake for a full way, he’s also the only symbol that pays for just 2 symbols. 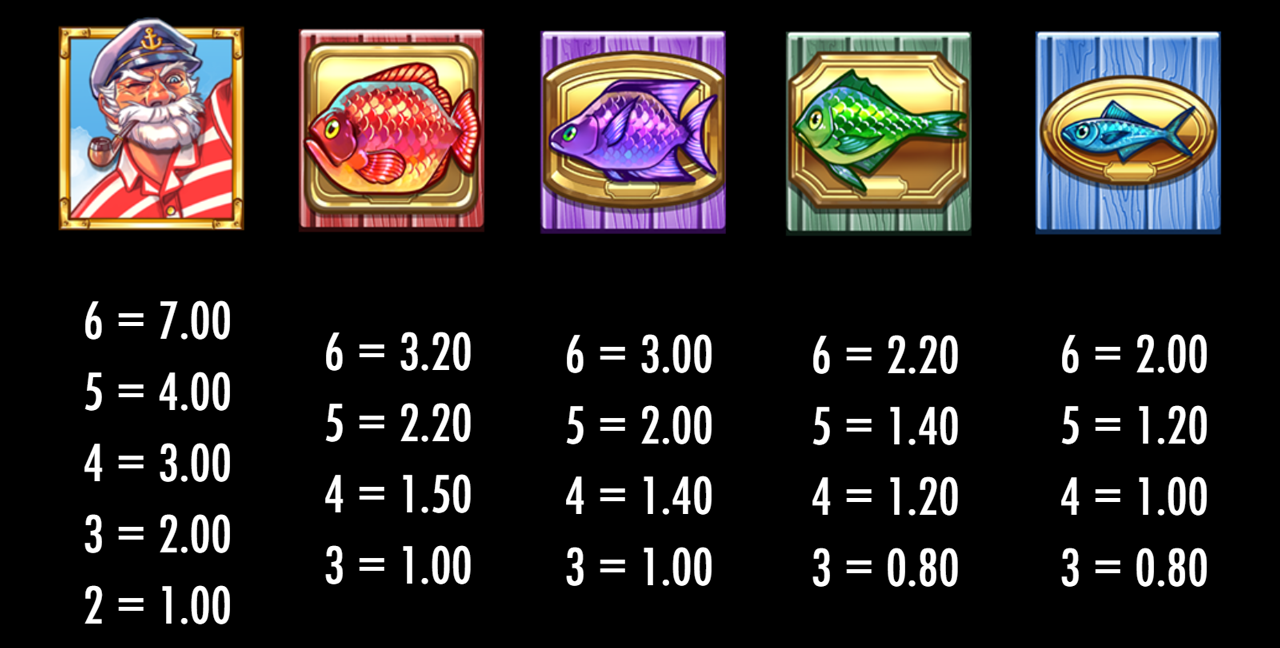 Big Fin Bay has an RTP of 96.14%, the volatility is rated high and the maximum win is a mighty catch of 15,040x stake. The game itself is easy on the eye and the background music has a sea shanty instrumental feel to it, the base game is also not too cruel although the Random Wild feature can be on occasions giving near misses after awarding a couple of decent wild reels, but that’s expected with any random game.

Would I play this again? I would and I already do alongside many other forum members which is why I’ve decided to give it a review for those of you that may of missed the initial release. As Delboy once said to Rodney, you could do a lot worse than this!

As always thanks for reading and if you fancy a go there’s a link below to a TGC trusted casino, tight lines!